Embodiment of the French self-made man, this great captain of industry founded a company that, half a century later, became the leader in the catering business. A loyal and generous supporter of HEC, Pierre Bellon died on January 31, 2022.

A giant. Few French industrialists can boast the career path of Pierre Bellon (H.54), who died on Monday, January 31 at the age of 92. Founder of Sodexho in 1966 (later renamed Sodexo), he remained Honorary Chairman since 2005, attached to the heart of the company he had founded. Today, the number one Foodservices company, with a market capitalization of over 12 billion euros, employs 412,000 people in 56 countries. « Our father was a builder, a pioneer, a free spirit who was never afraid of taking risks, » said his daughter Sophie Bellon, Chairman of the Board and acting CEO of the group. Everyone who knew him remembers his joviality, his insatiable curiosity, and the flair that enabled a young entrepreneur from Marseille to gradually build a restaurant empire.

A determination to act

For the life of Pierre Bellon could be taken from a novel. Born in 1930 in the city of Marseille, he lost his mother at the age of 10 when he entered a Jesuit school. He quickly realized that he dreamed of becoming an entrepreneur like his father, Félix Bellon (1905-1988), who had founded a company specializing in maritime supplies for liners and cruise ships. For the young man, HEC was a must: his degree, obtained in 1954, will always be one of his greatest joys. « Even though he would modestly repeat that he was one of the last to be admitted, » says Daniel Bernard (H.69), President of Provestis and Honorary President of the HEC Foundation, who remembers a man who was « agile and clever, a true Marseille native, and deeply attached all his life to the company he had created. His DNA was that of his company, and vice versa. Didier Pineau-Valencienne (H.54), who was his classmate, agrees: « Pierre was a lifelong friend. When I knew him at HEC, he succeeded in everything he undertook. When he decided to take up tennis or soccer, he quickly became one of the best! For me, Pierre had an immense willingness to action.

A man from Marseille takes on the world

This desire was quickly translated into action. With 100,000 francs loaned by his father, Pierre Bellon created his meal tray company, Sodexho (for « société d’exploitation hôtelière« ), inspired by Jacques Borel, a pioneer in the fast-food industry. The beginnings were modest: Pierre Bellon delivers his own meals with his van in Marseille. But very quickly, the company took off. In 1964, he won the contract for the new cafeteria at the Atomic Energy Commission in Pierrelatte, in the Drôme region of France, the first brick in his catering empire, which he would manage « to the penny », always preferring to develop through internal growth rather than by going into debt. Although he admitted with characteristic humor that he « speaks English like his feet and with his hands, » Pierre Bellon built Sodexo into an international giant in the sector, acquiring the British company Gardner Merchant in 1995 and the Foodservices division of the American company Marriott three years later. At the same time, he was fully committed to entrepreneurship, and from the start of his career was an active member of the Centre des jeunes patrons. He later became a member of the executive board of the CNPF and then the Medef, of which he was vice-president from 1980 to 2005.

With his passing, the entire HEC community is in mourning. Pierre Bellon was one of the emblematic graduates who greatly contributed to the development and influence of the school. « Pierre has always been one of my role models. With him, we learned by imitating him , » recalls Jean-Luc Allavena (H.86), Honorary President of the HEC Alumni association and of the HEC Foundation. We developed a very strong friendship, accentuated by our Mediterranean origins: he is from Marseille, I am from Monaco… When I told him in the early 2000s about the project to launch major fundraising campaigns for equal opportunities, entrepreneurship and the development of HEC, he immediately said to me: ‘When you are ready, you can count on me’. A generous man of his word, Pierre Bellon was one of the ten founders who made the first collective donation of €2,000,000 to HEC in 2005. 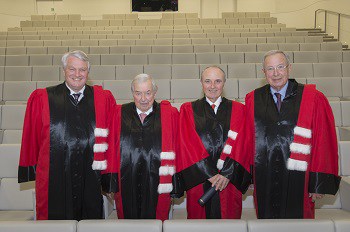 This commitment was renewed when Daniel Bernard launched the next campaign in 2008-2013: « He was one of the first graduates to commit to the school in order to fully support its ambitions, » he reminds us. We owe him, in particular, for having financed, alongside Didier Pineau-Valencienne, the HEC Alumni headquarters on avenue Franklin-Roosevelt. We owe him a lot. I remember his emotion when we awarded him the title of Doctor Honoris Causa of the school in 2015… » A new stage in his commitment came in 2018, when Pierre Bellon created a fund to support actions in favor of equal opportunities and social openness at HEC Paris, by financing scholarships that bear his name. Olivier Sevillia, President of the HEC Foundation, and Eloïc Peyrache, Dean of HEC Paris, paid tribute to him: « He was a true role model, humble and ambitious, for our students and all members of the alumni community. He is, to this day, one of the HEC Foundation’s biggest donors and his generosity has given our School a historic boost ». Father of four children and grandfather of thirteen grandchildren, Pierre Bellon has left his mark on his company, as well as the entire HEC community, whose entrepreneurial spirit he embodied, and is now viscerally anchored in the values of the School. He leaves an invaluable mark. 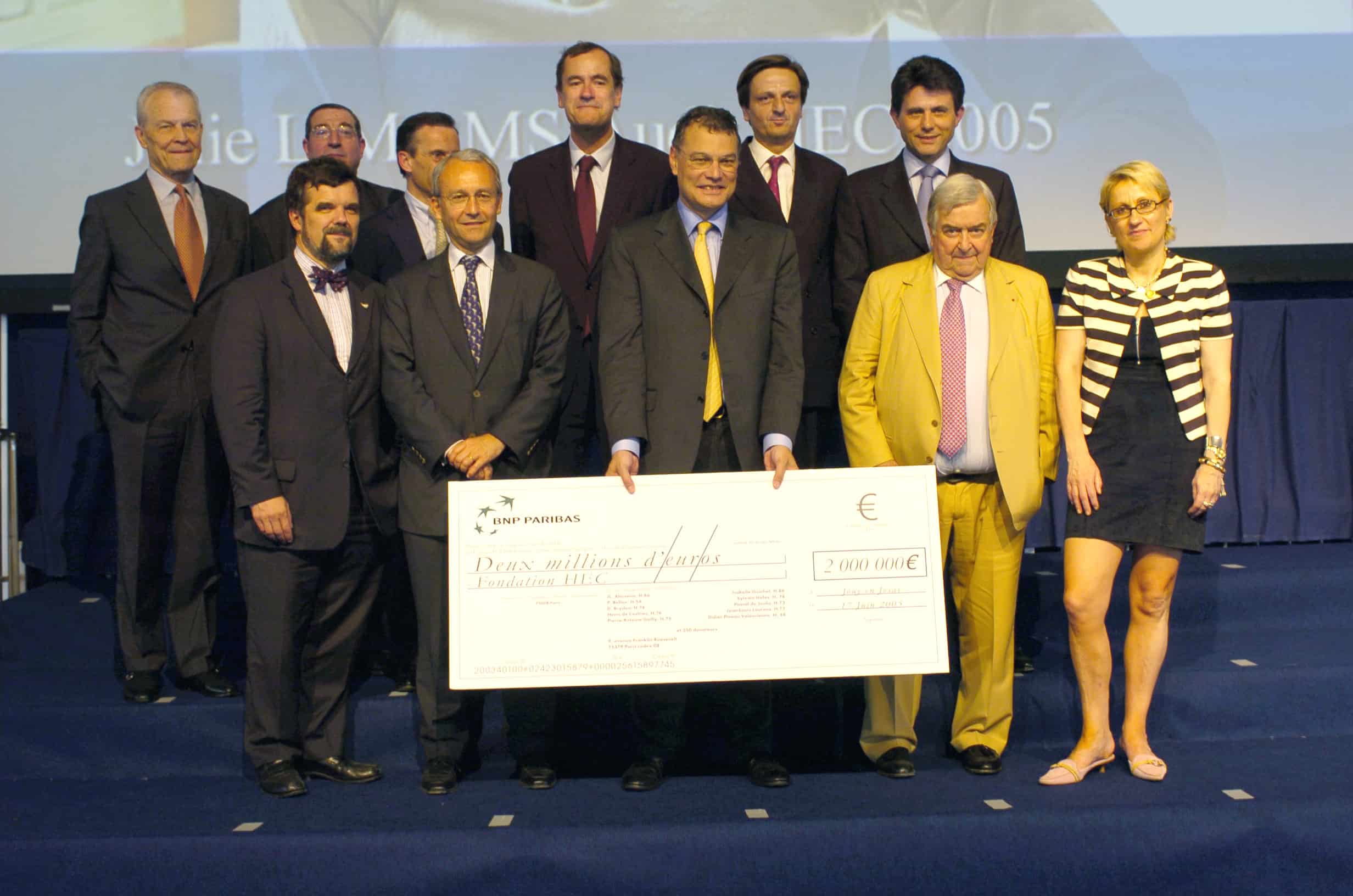 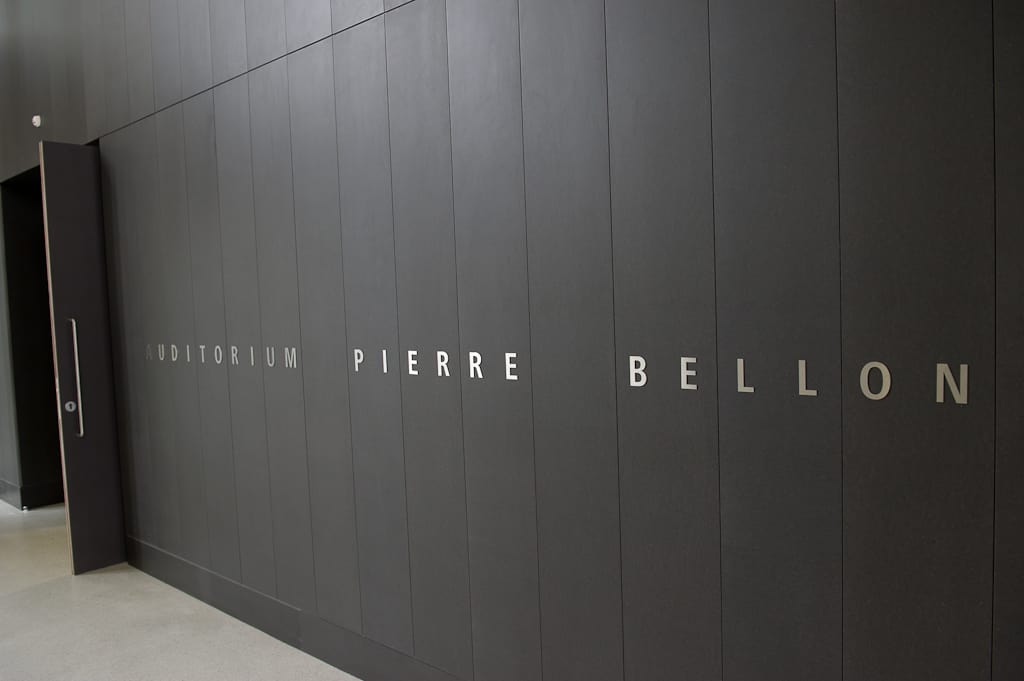