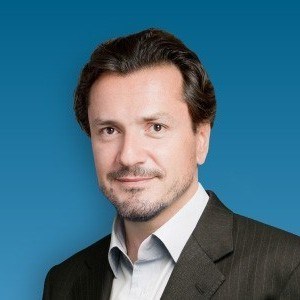 “From my time at HEC, I have held on to dear friends I met on the campus, as well as wonderful memories of the sleepless nights I spent working on my master’s in Entrepreneurship! My path then took me far away, to Hong Kong, but I have kept a sentimental attachment to HEC. I became involved with the Foundation during the first fundraising campaign in 2008. As one of the very first major donors under the age of 40, my idea was to pave the way for other former students of my generation to do the same, by showing that you can start donating early in your career. Indeed, due to the globalization of the economy and the advent of the Internet, our generation has generally been able to earn money at a younger age than our predecessors. And when you have been successful, as a manager or as an entrepreneur, it seems natural to me to give back to the school that trained you, in order to help it attract new talent.

I have asked that my donations be used for excellence scholarships for international students. I really like the idea of university as the first meeting place with other cultures, and when I see that Chinese, Indian, or Peruvian students are choosing to study in France, at HEC, I want to encourage them to do so. I have already recruited a former Chinese student who had received one of these scholarships. Every year, I attend a lunch where I personally meet the small class of students I support. This was recently the case during the inauguration of the classroom bearing my name. It is a pilot room where professors and students can interact remotely, which I find especially pleasing!

In addition to my support for the HEC Foundation, I have created my own Foundation which works for the digital education of disadvantaged children, particularly in South Africa, Colombia, and Lebanon. I do this because, for me, education is a powerful force for human liberation and dignity.

The HEC Foundation supports social and international diversity. For the 2018-2019 academic year, scholarships for excellence have been awarded to: – 204 international students from the Grande École – 105 MBA students – 45 doctoral students 111 nationalities are represented on the campus. The HEC Foundation currently has 11,600 donors, 45 partner companies, and a team of 11 employees and 80 volunteers.

A room with your name on it?
“In recognition of their commitment to the Foundation and their support of HEC Paris, some twenty lecture theaters and classrooms on the campus bear the names of our donors. The Sébastien Breteau room was inaugurated on November 7th in the presence of Peter Todd, Director General of HEC Paris and Delphine Colson (H.94), Executive Director of the HEC Foundation.” Déborah Aringoli, International Development Director of the HEC Foundation