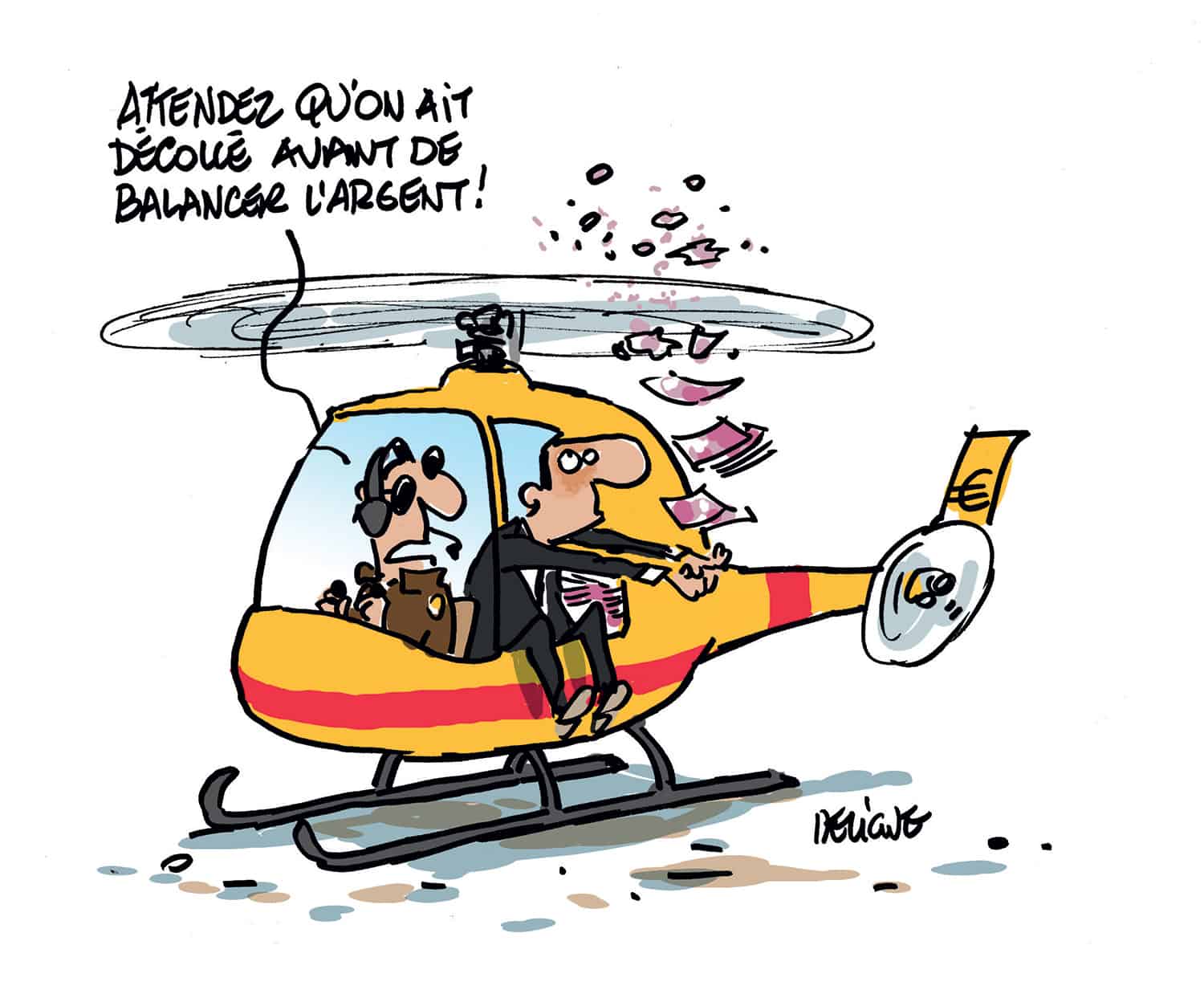 The United States Congress voted at the end of March to launch a US$2 billion economic-recovery program that included an exceptional feature: each American adult would receive a check for $1,200, along with $500 for each child. This historic decision by the Trump administration revived the debate about helicopter money, which is when a central bank pays money directly to individuals and companies without going through intermediaries. Proponents of the practice had, up until then, been seen as complete lunatics and sorcerers’ apprentices. Now, however, given unprecedented global recession, this tactic seems justified. Many households have found themselves without any income because of lost jobs. Social unrest is growing rapidly, causing fears of tremendous riots. France, of course, has more social safety nets than many other developed countries. The “yellow vest” movement, though, revealed people’s deep-seated anger about inequalities.

This protest movement, silenced by the pandemic, will come back to life very quickly. With GDP expected to fall by 5% to 20% this year, unemployment is going to rise exponentially. Solutions are urgently needed. In this context, helicopter money makes sense.

Let’s learn from the past. Through “quantitative easing”, the European Central Bank injected vast sums into the financial sector. However, only a tiny part of this funding benefited the real economy. Banks, which have a monopoly on financing new projects, favored low-risk initiatives. Over 70% of the loans were for residential and commercial real estate. The banks did not provide funding for productive entities, like factories, or even for new housing, but rather just for existing properties! Such a practice can lead to financial and property-market bubbles and to results that are the opposite of what was intended. In other words, even greater real-estate inequalities, and the impoverishment of those who do not own their homes.

Finally, helicopter money offers a great advantage: it doesn’t increase public debt. Global debt has now topped US$250 trillion and represents 320% of GDP. These loans will never be fully repaid. Existing economic and monetary policies have proven to be ineffective. It’s time to try something else. We just need to convince countries in northern Europe. And it won’t be easy to make them shift their paradigms….

“Foreign investors will lose confidence in the single currency.”

Handing out money from a helicopter… it’s an evocative image. The Central Bank would give the same amount of money to each individual, no matter what the person’s situation or resources. This would mean that the European Central Bank (ECB) would take responsibility for fiscal policy, but central banks are not mandated to distribute funds. Fiscal policy is the responsibility of governments that have been elected by the people. Along with this threat to the democratic process, there are also economic problems. A helicopter-money operation by the ECB would increase the amount of euros in circulation, which would generate inflationary pressures.

It’s important to remember that inflation is like a tax that particularly penalizes households with modest incomes: their resources are essentially savings in cash, and their salaries do not keep up with rising prices. Furthermore, this kind of inflation would devalue the single currency compared to other currencies, reducing Europe’s buying power compared to that of other countries. In addition, if the ECB resorted to helicopter money, a climate of uncertainty would be the result. How would anyone know whether the experiment would be repeated in the future? How much would be handed out, and how often? Foreign investors might lose confidence in the single currency and liquidate their holdings in euros to avoid being hurt by the next helicopter-money effort. The ECB would lose its credibility as the authority charged with controlling inflation.

Support debt rather than households

Instead of handing out money to European citizens, the ECB should be taking exceptional steps to underwrite sovereign debt issuance so that member states could offset the reduction in tax revenues and increase in government subsidies necessitated by the crisis. It’s clear that member states’ national debts are set to explode. But at least their vulnerability to foreign investors would be limited.

Take Japan as an example. Public debt represents 250% of the country’s GDP, but this debt is mainly held by the Bank of Japan and by Japanese households. This makes it manageable. Once Europe begins to recover from the covid crisis, the ECB could progressively return to a more stringent position and member states would have to adopt more disciplined budgetary measures. In an extreme situation, a possibility if circumstances dictated it, the ECB could maintain the debt without ever being reimbursed. In other words, helicopter money is a risky choice that we do not have to take!