According to the UN, 20 million people are displaced each year because of climate change. Should these migrants be protected at the international level?

A former managing director and chief financial officer of the World Bank, and an ardent defender of moral capitalism, he has created a sustainable investment fund that he named Blue Like an Orange Sustainable Capital, in homage to Paul Éluard. The objective is to finance projects that can generate a positive impact in emerging countries.

In 2013, a resident of Kiribati, a South Pacific archipelago threatened by rising seas, had applied to New Zealand for refugee status on the grounds of global warming, a first in the world. Denied, he took the New Zealand government to the UN Human Rights Committee in February 2016. The Committee issued a telling decision: governments must now consider human rights violations caused by the climate crisis when considering deporting asylum seekers. While the framework is not yet well defined, we can see that the topic is emerging and that climate disruption will condemn more and more people to migration, either because their environment will be destroyed or because it will be so polluted that they will no longer be able to live there.

Anticipating the effects of global warming

How are we going to deal with these population shifts? Part of the answer depends on our adaptation strategy: will we be able to put in place the conditions so that these people do not become refugees? This is what is at stake in the ecological transition and in the solutions we are trying to put in place by thinking about more habitable and sustainable cities, by building dikes, by restoring mangroves… But we will have to think, plan and carry out these initiatives on a local scale, but also on a global scale. If we do not succeed, which is unfortunately very likely, we will have to find answers to the following questions: how can we organize ourselves for the good of the populations concerned, but also for the good of the populations that will receive these migrants? How can we ensure that this reality does not become a new source of conflict in the world? Will it be necessary to allow countries to relocate elsewhere and under what conditions? The Covid crisis has shown us that we find solutions when our backs are against the wall. But we should seriously anticipate this issue. And Europe has a particular responsibility to initiate this reflection: it is the custodian of the current status of refugee, which it created, and will soon be confronted with a phenomenon unprecedented in the history of humanity.

A more pragmatic solution is needed

Emmanuel Daoud Lawyer and founder of the Vigo law firm, he is involved in international criminal law, human rights, corporate social responsibility and sustainable development. He was the lawyer for the « Affair of the Century », a lawsuit filed in March 2019 by four NGOs against the state’s climate inaction. 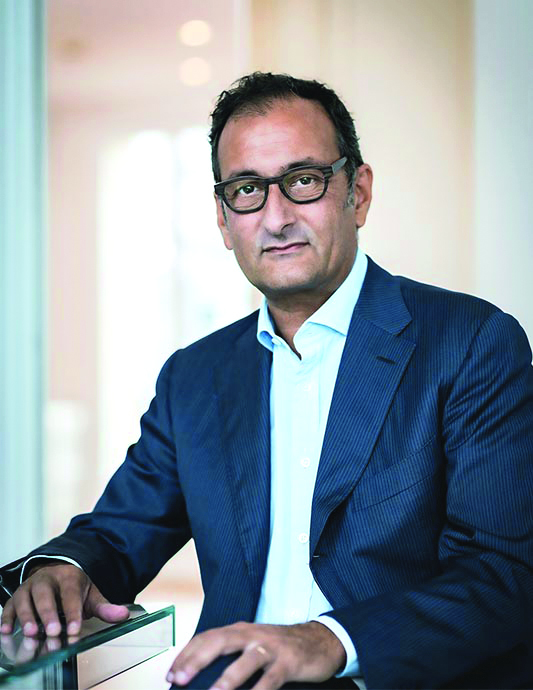 The 1951 Geneva Convention links refugee status to the existence of « persecution » and the crossing of a border. For these new migrants displaced by the degradation of their environment, the existing law is therefore inapplicable and insufficient. An evolution of positive law, with the creation of a specific status, seems necessary and would allow developed countries to take their share of responsibility in the face of the consequences of global warming. However, it would come up against serious difficulties.

The recognition of a specific status for climate refugees requires the creation of a new convention or the addition of a protocol to the 1951 Convention. To do this, a consensus would have to be reached among States, as the management of migratory flows is a matter of national sovereignty. However, the notion of « climate refugee » is not unanimously accepted. It has even been described as a legal aberration, the result of a media invention, taken up by certain academics. This expression suggests that protection is possible on the basis of international refugee law, which is not the case. Some prefer to use the term « environmental displaced persons », a more appropriate notion that implies a broader category than « climate refugees », taking into account « internal and international, forced and voluntary displacements », as explained by Christel Cournil, professor of public law. There are at least two obstacles to the conception and recognition of a climate refugee status. The first is the plurality of migration patterns (temporary or permanent, internal or cross-border, planned or precipitated, etc.) and the interweaving of socio-economic factors. A single legal status would not be able to protect all types of climate displaced persons. The second problem is political: the migration issue is very sensitive in Europe, and countries often respond with security measures, sometimes to the detriment of fundamental freedoms.

Achieving the objectives of the Paris Agreement first

To provide an appropriate response, it would be better to favour a more pragmatic and immediate solution. The human cost of climate change affects poor countries first and foremost. It is essential that developed countries mobilize to achieve the temperature limitation objectives of the Paris Agreement. If they fail to do so, they will have to take responsibility at the domestic, community or European level.