In recent years, the second-hand market has seen a resurgence of interest. The second-hand market is expected to generate 7.4 billion euros in France in 2020. From private sales sites (Vinted, Leboncoin) to reconditioning specialists (BackMarket), as well as major players in the fashion, household appliance and even automobile industries, the phenomenon is affecting a number of sectors. Lucía González Schuett (MBA.19), head of sales strategy and business development at Depop, a London-based marketplace for fashion between individuals, deciphers this craze, a tasty mix of confinement reflexes, ecological awareness and a crisis in purchasing power.

What is the context of the second-hand market in Europe?

Lucía González Schuett: According to a study by KPMG and Fevad published in September, this market is worth 86 billion euros in Europe and has attracted 85% of Europeans. The report states that this development concerns many sectors such as electronics, household appliances or the automotive industry, pioneers in this field, but fashion remains the most concerned by this phenomenon, since seven out of ten people now buy second-hand clothes. Another figure, mentioned by Thredup (one of the largest fashion marketplaces in the United States) in its 2022 report, speaks for itself: the second-hand fashion market is expected to grow by 127% by 2026. That’s three times the forecast for the global first-hand market! At Depop, we have over 26 million registered users in 150 different countries, 32 million items on sale and 140,000 more every day. And to date, our community has generated approximately $1 billion in transactions.

How can this phenomenon be explained?

Lucía González Schuett: None of this would be possible without the emergence of new technologies, which allow individuals to easily access exchange and resale marketplaces. In recent years, Covid or inflation have also played an important role and pushed consumers to look for bargains or to make ends meet. But the most important element is the change in behavior, led by the younger generation, with the realization that our consumption patterns are no longer compatible with environmental protection. At Depop, for example, 90% of users are under 26 years old.

What role has this younger generation played?

Lucía González Schuett: As far as fashion is concerned, she is the one who has made the second hand sector cool and vintage, far from the image of the old, dusty and outdated item that the second hand market used to convey. And this youth has sent a clear message: from now on, only responsible brands will benefit from their support. That’s why they’ve embraced second-hand, driven by political leaders to take a responsible approach throughout their supply chain. Many stores are setting up second-hand departments, offering the possibility to rent their items, recovering used products for repair or recycling, or partnering with new players. For example, at Depop, Dr. Martens sells its repaired items directly on the marketplace.

So paying less is not the #1 factor in the success of the model?

L.G.S.: This is a very important factor. We often see an upsurge in the use of platforms during periods of crisis, such as the one we are currently experiencing. In the fashion sector, some second-hand items are worth up to ten times less than new! For household appliances, the ratio is double. And then, it is not only about buying cheaper, but also about selling. Reselling an unused item that would have ended up in the back of a closet or even in the trash can allows its owner to generate income, to create wealth after the purchase. But I insist, the number one reason remains the impression of making an ecological gesture: according to our most recent study, 80% of users buy second-hand for environmental reasons.

You could gauge this craze when in 2018, you bought nothing but food…

L.G.S.: Until 2017, I was working in fast fashion, whose basic idea is to consume as many new items in the shortest time possible. Hard to find a more aberrant concept… I needed to stop everything and do a kind of detox from consumption! For a year, I stopped buying, except for basic necessities. At the beginning, it was not easy, I had to learn to repair, to reuse or to stay calm in front of the advertising and the temptations. But soon I found a form of relief and even a certain pride in being able to be creative to get by. The most amazing thing was the response. Thousands of people encouraged me, and I was even invited to share my experience for the TedX platform. It showed me how much people were willing to consume differently, in a more environmentally friendly way. Since then, I only buy second hand and I continue to work in fashion while promoting second hand.

2013 Head of Visual Merchandising and then Retail at Mango Germany, Munich

2018 Goes a year without buying anything but food 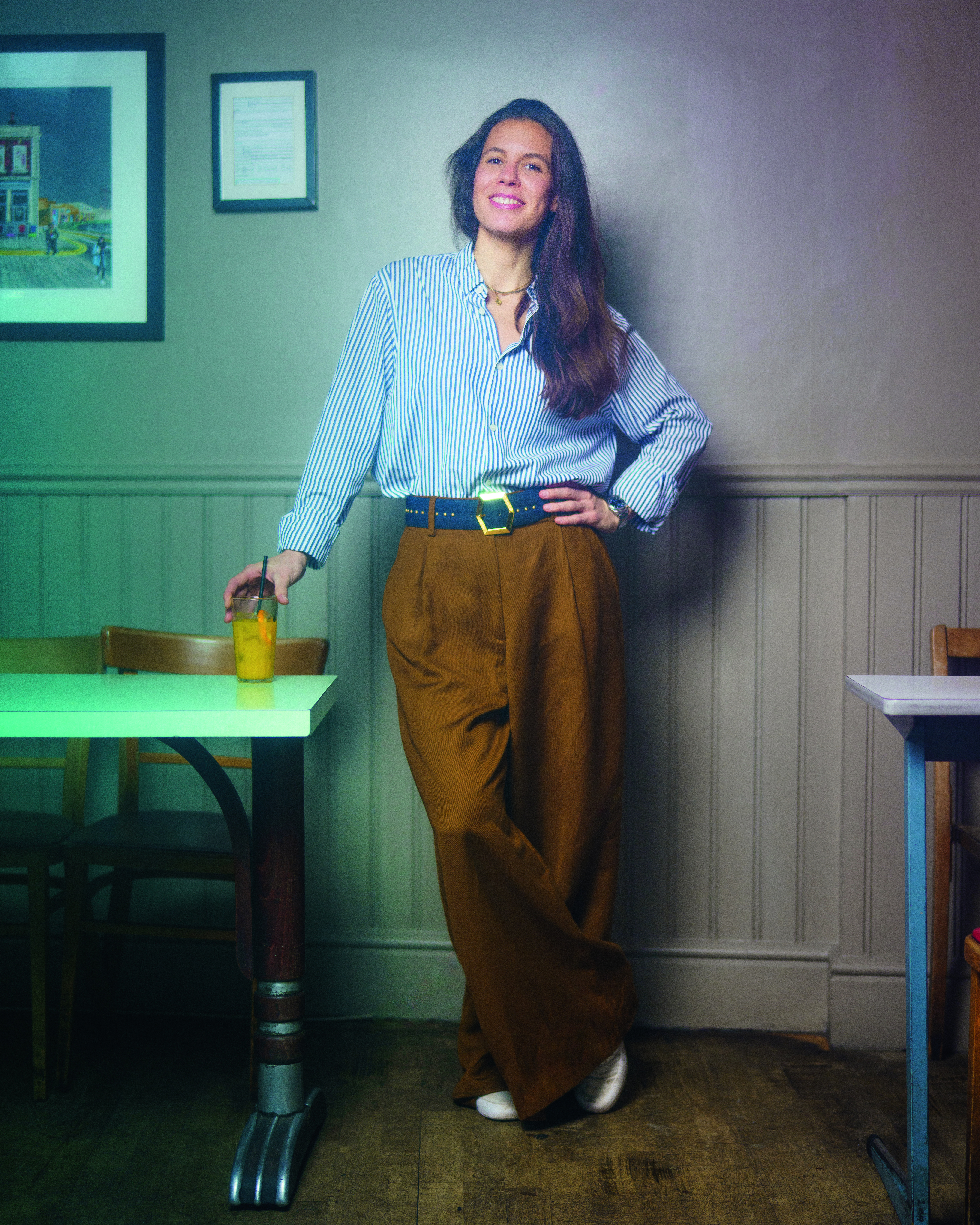 However, the fashion sector seems to be linked to novelty and may seem incompatible with second hand?

L.G.S.: Fashion is above all cyclical. The late 1960’s style of clothing came back in the 1990’s, which itself came back a few years ago… By the way, I often wear a t-shirt that belonged to my grandmother and it happens to be all the rage with my friends! There is also the ever-popular idea of getting an outfit or even an object that was worn by such and such a personality during a big event. Above all, we are very far from facing a shortage of clothes: there is enough on Earth for the next ten generations!

Speaking of the Earth and the future, we have mentioned several times the benefits of second hand on the environment. But are we really sure of its ecological virtues?

Lucía González Schuett: We have enough documentation to prove it. If a garment was worn twice as much, its greenhouse gas footprint would be up to 44% lower. Giving a garment a second life means eliminating the impact of the most polluting phase of its life cycle: manufacturing. This phase involves the extraction of raw materials, the use of water and the combustion of fossil fuels. Regarding shipping, there is an ecological cost in sending items from the seller to the buyer. But applications such as ours limit distances: the software will favor geographical proximity between users, most exchanges being done within the same country or region. This is a far cry from production in Southeast Asia and consumption in Europe.

Is our consumption pattern changing? Can we imagine a world with only a minority of new items for sale?

L.G.S.: To be sure, I would have to buy a crystal ball… second-hand, of course! Technology allows us to think about solutions to limit the classical pattern of linear consumption (manufacture, sale, consumption, end of life) and to favor the circular economy (manufacture, sale, second life, return to the manufacturer, repair or recycling, sale…). I’m thinking of supply chain traceability. This principle, developed by several major brands and supported by the World Economic Forum, consists of setting up a system capable of tracking a product throughout its life. One of the pioneers is Ralph Lauren, which has already equipped some of its items with a unique identifier. Among all the possible applications, the manufacturer could get a commission on each of the sales of its article from one individual to another and eventually bring it back to its factories to make something else! These reflections show that the second hand actors have succeeded in pushing the big manufacturers to think about their recycling options: from now on they « produce to produce again », making sure that the components they use in manufacturing can be reused.

Lucía González Schuett: I think it’s more about a shift in the need for workers. Being at the heart of the second-hand sector, I find it fascinating how many start-ups and new companies are emerging. We are working with startups in user matching, marketplaces referencing, visual recognition, automated messaging… At Depop, we have hired a lot in the last few years. New jobs are being created locally, especially in the repair industry. Resale marketplaces allow sellers to participate in the « scavenger economy » and provide an additional source of income. The « consumer transition » does not mean fewer jobs, but more jobs.