Choices made by the heart

When both your age and your heartbeat rate are meeting around 40, but in the opposite directions, your choice curve is obvious – make some exercises to increase pulse, take precautionary medicine like drops or pills, fix an appointment with your GP or, better, cardiologist, and ultimately introduce a cardiac pacemaker. The final option is the smartest one even though it is the most unpleasant to accept. This is possibly easier when you are 65 than 35+. Maybe, I don’t know. Back to the choice curve, one can do something or do nothing at all and wait for the natural resolution of the situation. Because all the situations are naturally settled down. At war, sooner rather than later.

Today, our choices in Ukraine are a bit different than before, though actually the same. In a hospital, where I’ve got with my heart condition, I have been placed in a 3-men room. Therefore, I constantly have 2 roommates. One is an overweight guy, 40, called to the army 4 months ago, and serving as private somewhere in the countryside. He mustn’t have had to go but he didn’t want to escape a far from excellent drafting procedure in a country which puts all its resources, and lives too, to defend itself from the evil unseen in the 21st century. His problems have been apparent 7 years ago, well before the current mobilisation. Back then, he was brought to central cardiology clinic in Kyiv where his heart got stimulated with an electric discharge to bring it back to sinus rhythm. And 4 years later, they repeated the procedure. As far as this individual was undergoing some simple initial trainings at the firing range, his heart has failed. It was a reason to put him on a medical commission to release from military service. Along with constant heart monitoring, he’s waiting for an additional opinion from psychologist to get a one-way ticket home.

Another roommate, 23, got wounded under severe shelling. Driver of a huge float-bridge truck carrier, before working as an ambulance driver, he has developed a hypertensive crisis just by thinking about having to come back to war, his tension jumping to 150, his pulse skyrocketing to 120. Immediately after he’d been wounded in his left arm – the one sticking out of the window of his truck when the shelling started – he was brought to a field hospital where he was looking at himself being sewed simultaneously with other soldiers, their intestines outside and bones apart. Due to the injury, he spent one month in a surgery department waiting until his arm is functional again, then obtained a one-month leave that he spent in his hometown of Lviv. His wife and his 7-month daughter returned from abroad to join him. Upon having a normal life for several weeks, contemplating overcrowded touristic streets of this quasi-peaceful city as though war didn’t exist, he feels terrified by the ticking hours signifying that he must return to that hell of constant shelling and the separation from the family. His official leave is over. Once he’s released from the hospital, he will go right to the frontline. His heart is beating faster and faster. Looks like a sort of vicious circle. And, ironically, we both would be Ok if a mighty someone could add up our beats and divide by two – 60 or even 80 for each of us.

I think that ethical moment of making a choice is quite dependent on full knowledge. If the young truck driver knew in advance what he would see and experience at war, he would not have presented himself to the conscription office in late March 2022, he admits during our about-all-and-nothing conversation right before lights go down. Where is the limit of value-based but knowledgeable choices? And are less informed choices at the same time less ethical?

I will not get the opinion of his, as on the following day, after lunch they moved him to a psychiatric department. During the same day, he called back to our room as, in hurry, he forgot his ID and other documents on the window. He reported that later in the evening he would be moved further to the capital for a final medical scrutiny.

A new guy on a free bed – heart attack – doesn’t care about his health. I’d say that he adopted kind of elegant indifference. In 2015, he was called for the first time to the army as an artillery man, got shell-shocked a few times and spent some weeks in different hospitals. He then left in 2018 to start working in Germany as carpenter. He smokes and tells me stories about how he was attacked by knife in 2005 – three wounds. One of them was very close to his heart – penetrated his lung and caused the lung to get filled with blood. He then refused to give continuation to a criminal case as they knew each other with the attacker. The latter even came along to visit him in a hospital. The guy still perceives it as youngsters’ adventures and hopes to live at least 10 years more. He’s now 41. I like his sense of dark humour, his flimsy optimism, and the fact that his name is Oleg, the same as the young driver’s was, and still the same as the former patient on this bed had. They finally must put a plate above this bed reading “Oleg”.

In our military establishments, we are taught the main psychology aspects of war to command better and to sustain personnel’s morale more effectively. One of the critical success factors is the massive support of the civil population. Which ironically brings in the question of choice manipulation. In today’s world, manipulation is so omnipresent that sometimes one may ask where the reality is. And we have no choice but admit that the reality is blurry and choices governing one’s decisions are fundamentally biased. The accomplished system of biases concludes, in effect, our reality. And there are literally several parallel realities made up by the different strata of people: enemies, eyewitnesses, politicians, propagandons (Russian state television pseudo-journalists), bloggers, social media commentators etc. Making your choice in this situation fully depends on belonging to a certain cultural reality no matter what. It is true for both sides. While crying about losing a “liberated territory in Ukraine, and people (in my eyes – collaborationists) who trusted the Russian army”, Russians are not concerned with such tiny factors as that they “defend” a recently occupied land of a sovereign country. “You have bombed Donbass for 8 years, and now you say that this is us who have come to you? The war is a tragedy for everyone, but, Ukrainians, you have made your choice. What you are vicious! Go Russia!” Their Russian choices are made no matter what. Like mine. Like it has been for centuries. Democracy and free choice have never seemed to me as fragile as they do now. During the war, I would rather aspire logic than anything else. Democracy should be logical.

I have never seen so many people without arms and legs. In a surgery block, where I have an appointment with a cardiac surgeon, several legless and armless servicemen are waiting by the elevator on a ground floor until another one rolls up to them – they are on crutches, and he is in a wheelchair. They, five men, shout to him: hey, go faster, and all together, with 2 complete legs and 4 complete arms for six persons, they enter the elevator. I walk past them out to the inner yard, and I see a wife rolling a man without two legs. Even though it’s cold outside, the man is wearing a sleeveless vest over a T-shirt. Instead of his right arm there is an empty sleeve. He smokes with a left hand, his only limb. Other legless people look at him with pity. I see red spots from the cold on his bare left arm. Did he or his family expect this when he joined the armed forces? What would they have done should they know?

Most of all, choice is finally what to do with your finite life, especially when one option leads to extend life expectancy and another does exactly the opposite. The matter between these two extremities is called faith, faith based on meaning and beliefs in the reality which you belong to.

Making a choice about something affecting your medical condition during the war is not easy. For three reasons. First, you are not prepared for it. It is usually quite unexpected like shelling. Second, because it mostly crosses out your previous major choice to fight for your country. And third, there is also a fear. The most malicious of all. Fear of new choices ahead. That you must make despite your hidden desire to slow down with choices for a while.

Well, life choices are not an easy game. For your heart, for your life, for your country. Nevertheless, our ongoing ability to make choices ultimately makes up our life.

Marcus Aurelius said that all our decisions, urges, desires, aversions lie within. No evil can touch them. I like this thinking. This means that our choices belong to us.

And whilst you are reflecting on it during a short walk, you are noticing a guy in the city crowd, outside the hospital walls, who is loudly telling his friend that he’s heading to a regiment you are waiting to be transferred to. Your heart should be healthy by then. You understand that you will not lose this game for any price in the world.

This is how choices are being made. The choices known by heart. 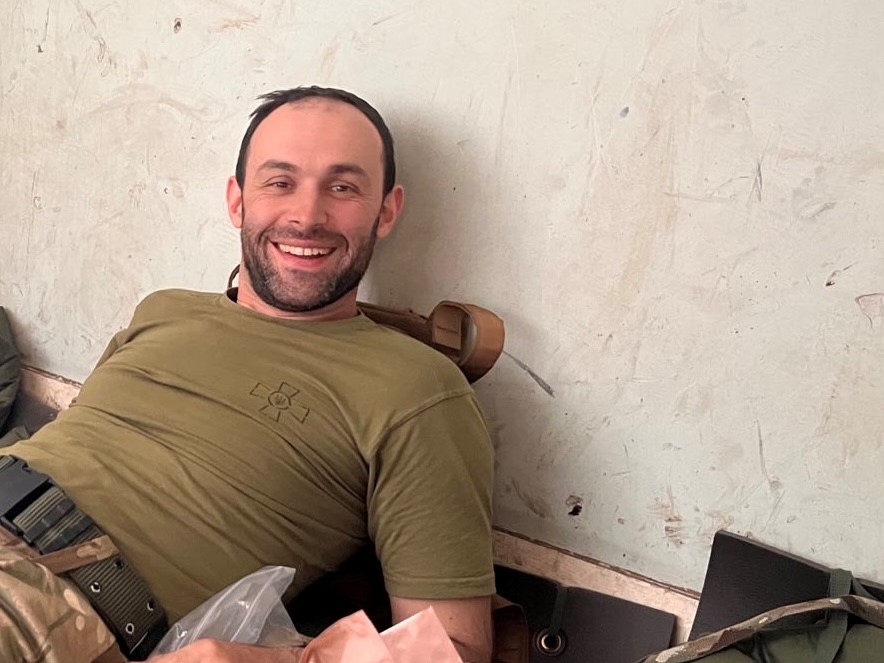