The French have known her for several years now, especially since she joined the government in 2018. At the time, an interview with Paris-Match came back to her love for dancing, which she has practised since she was a child. « I am hyperlaxe, it has served me to dance, » before revealing a childhood memory: in first grade, she had to perform an end-of-year show in front of the other classes and all the parents. It was to the music of Singing in the Rain and she had been placed behind the others, being the smallest and supposedly not in rhythm… From this episode, she learned two lessons. One, she will never again be put in the background. And two, that agile nature, that ballerina’s temperament, teaches her to draw the strength that allowed her to move with ease from the civil service to the corporate world to the highest levels of government.

Agnes Pannier-Runacher grew up in Paris, in a family in which studies and social success were always obsessions. In this sense, she followed the path she was destined to follow in the Runacher family, entering Louis-Le-Grand, HEC, then Sciences Po, and finally ENA, but without neglecting any side steps. A fan of Japanese cinema, a great reader of Nabokov and Aragon, and a dance enthusiast, culture is more than an escape for her; it also guides her life and her career, which is marked by risk-taking.

In 2003, she moved from the finance inspectorate to the public hospital at the most difficult time, when the heat wave was raging. This first experience in the world of health will be particularly useful for her later on. She joined the Caisse des Dépôts in 2008, during another storm, that of the rescue of Dexia. She then worked for the Strategic Investment Fund, where she became Executive Director in 2009. And in 2011, she dared to leave the hushed salons and boards of directors of the capital to move to the industrial zone of Méru, in the Oise region, to take up the position of divisional director at the automotive equipment manufacturer Faurecia, at a time when order volumes were collapsing in Europe. Nothing frightens her: the proof is that when, in 2016, she became deputy general manager of the Compagnie des Alpes, which manages the ski lifts but also the Futuroscope and the Parc Asterix, she did not hesitate to test the most stunning attractions herself. Nothing could have prepared her for the rollercoaster ride that awaited her in French politics.

As she has often said, she never imagined that one day she would enter politics. Her heart leans to the left, and her hobbyhorse remains the blockage of the social lift as well as the inequalities of destiny. But she is not the kind of person who would spend hours discussing the different currents of the Socialist Party or the history of the common programme… Chamber politics, long theoretical discussions and ego struggles are not for her. But a decisive meeting changed all that. She met Emmanuel Macron in 2007 at a lunch at the Finance Inspectorate, where the young enarque was head of mission. At the time, she was deputy director of finance and strategy at the Caisse des Dépôts. The connection was instantaneous.

They remain in contact and it is quite natural that Agnes Pannier-Runacher follows him in his presidential adventure during the launch of En Marche in 2016, a movement for which she becomes the referent in the 16th arrondissement of Paris. It was not until October 2018 that she took the plunge and became Secretary of State to Bruno Le Maire. Then in charge of craft industry, trade and industrial reconquest, she piloted major projects, in particular the auctions for the allocation of 5G frequencies. Her style is surprising and unusual, and not only for the schoolgirl backpack she carries around with her files. Her frankness, her outspokenness, her taste for action and results are appreciated. The civil servants at Bercy, who are not known for being soft-hearted, shower her with praise: « She is very valuable, you give her a subject and you know it will be dealt with », you can hear in the corridors.

But political life is not a long quiet river, and when the Covid crisis broke out in March 2020, she was at the heart of the storm, since she was entrusted by the President with the task of ensuring the supply of masks in a context of shortage and in a particularly anxious climate. She carried out this delicate mission with remarkable composure, becoming, as she says, « the best specialist in France for masks, swabs and gowns », managing to triple the weekly production of FFP2 masks in barely two months. It was therefore only natural that a few months later she was promoted to Minister Delegate for Industry in the government of Jean Castex, to consolidate the independence of France desired by the President of the Republic. At the same time, she kept a territorial base. As a Parisian, she has moved more than ten times in the capital, whether near the rue des Martyrs or in Belleville, around the Jaurès metro station in the popular 19th arrondissement or rue de la Pompe in the very chic 16th arrondissement… But she is also established in Lens, in the Pas-de-Calais: although she was not a candidate for La République en Marche during the legislative elections this month, she is now firmly established there. It was in the mining basin that she convened the summit of the 26 European industry ministers.

Today, it is as Minister for Energy Transition in Elisabeth Borne’s government that we find her. A full portfolio, with the onerous task of achieving the environmental transition at a time when the energy crisis is coupled with a geopolitical crisis since the war in Ukraine. The President of the Republic has called this objective « the battle of the century ». As much as to say that the pressure is on her shoulders but, as she said at the General Assembly of HEC Alumni on Monday: « nothing will happen if the State believes that it will have to do everything alone. The challenge for me is to set in motion the collective that we form. I am therefore making an appeal to everyone. I would like to challenge you, particularly with regard to sobriety and the need to review our consumer behaviour in depth. Help me, help France and help the European Union to go through this phase. 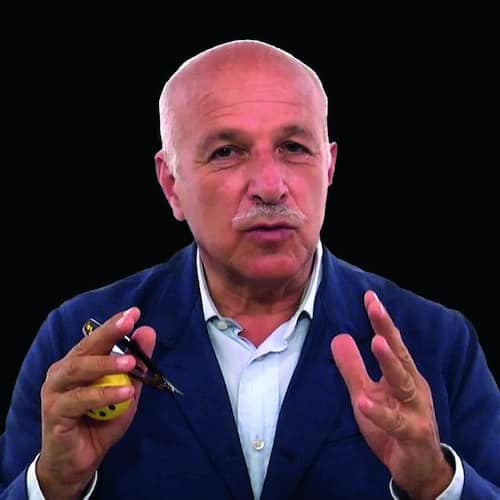