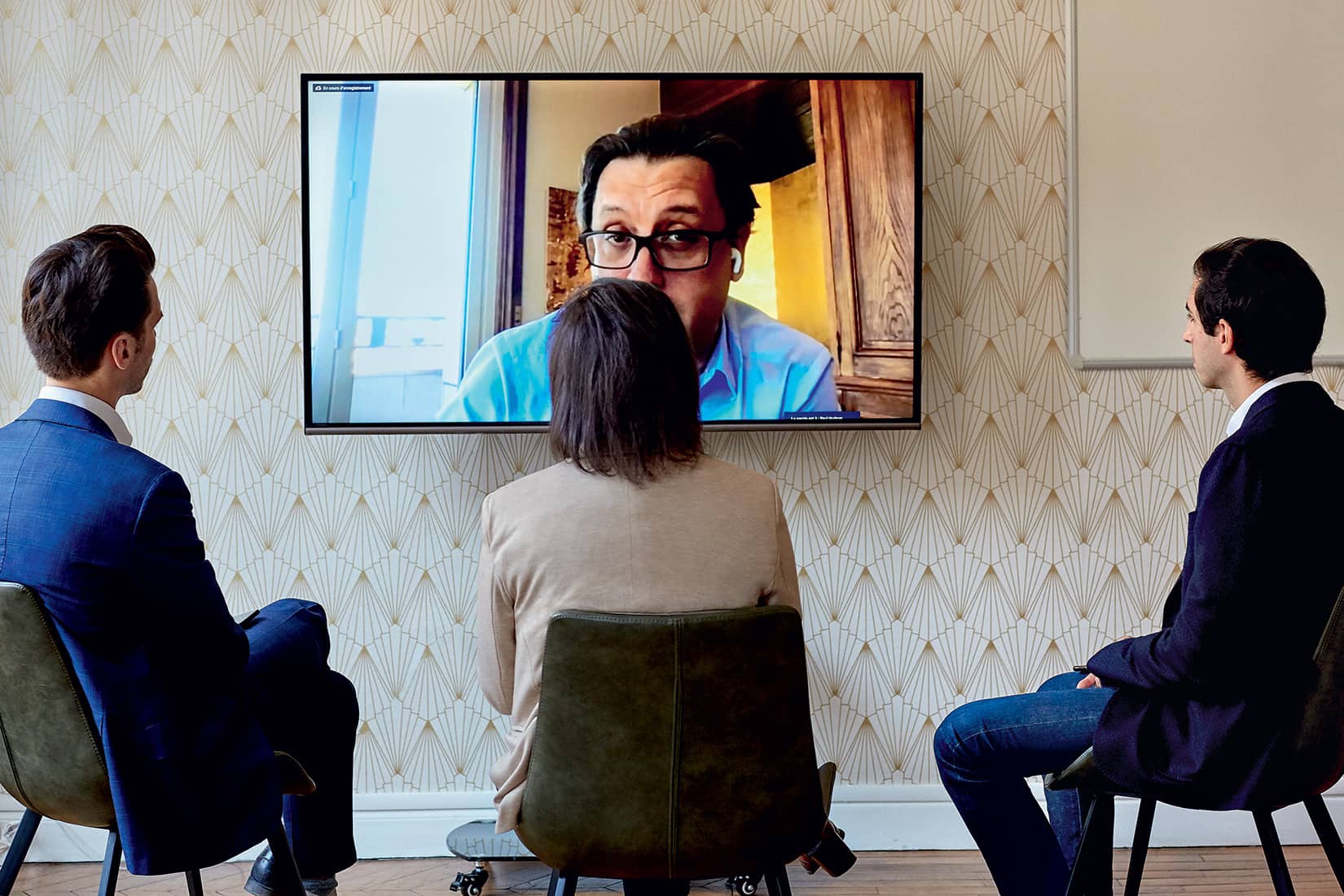 Paul Hudson, CEO of Sanofi 1967 – born in Manchester; his father was an accountant and his mother a decorator of display windows for fashion boutiques 1990 – Graduated with a diploma in economics from Manchester Metropolitan University (MMU). He began his career in sales and marketing at GlaxoSmithKline and Sanofi-Synthelabo, in the UK. 2011 – President of AstraZeneca in Japan. He began his job just a few days before the Fukushima disaster. 2013 – President of AstraZeneca in North America. 2016 – CEO of Novartis Pharmaceuticals, a subsidiary of Novartis (Switzerland) 2019 – CEO of Sanofi. 2020 – Sanofi commits itself to developing a covid19 vaccine. He’s a big boss whose company is playing a crucial role in the current healthcare crisis. Three HEC students met him on May 15, via Zoom. Paul Hudson had just had to deal with a deluge of criticism following a report that Sanofi would deliver its future covid 19 vaccine to the US before Europe. Unthinkable for a French company which, to top it off, receives tax breaks, cried many French political leaders. Under attack, Paul Hudson daringly rocked the boat further by pointing to delays in the Old Continent. A few days after this uproar, France and Germany called for a ”Europe that prioritizes healthcare”, promised to finance medical research, and vowed to ensure a strong production network. Even though he had hundreds of messages waiting for answers on the day of our interview, Paul Hudson took the time to answer questions […]